Consult for your disease now 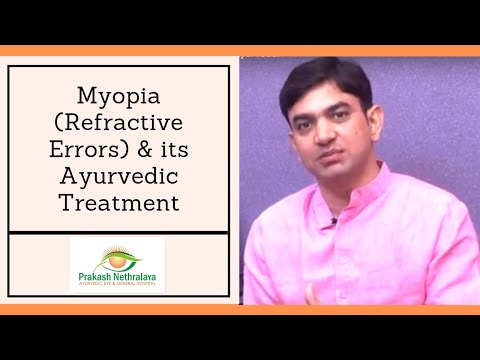 Prakash Nethralaya is the best ayurvedic hospital for ayurvedic treatment of Myopia (Refractive Errors), other eye diseases and general diseases.

From Ayurvedic point of view, vision defects are generally due to the aggravation of doshas. Pitta and vata that resides in the eyes is responsible for vision. Vitiation of this pitta causes vision problems. Causes like excess use of eyes increase vata which then weakens the nerves in eyes. Because of causes like lack of proper diet, pitta and tissues in eyes do not receive proper nourishment and therefore fail to perform their functions properly. Improper food, bad digestion, etc may produce toxins that can block the channels and cause malnourishment of optic tissues. So, myopia treatment in ayurveda includes balancing the energies of the body in addition to therapies that clear eye blockages, nourish and strengthen the optical nerves and tissues to enhance vision. There are various myopia treatments in ayurveda and therapies available that can curb myopia without any ill effects as of the conventional treatments. These myopia treatments in ayurveda are as follows:

Myopia or shortsightedness is a common vision condition that refers to difficulty in seeing objects at a distance, but the objects near to you can be seen clearly. It occurs when the shape of your eye causes light rays to bend or refract incorrectly, leads to focus the images in ahead of the retina instead of on the retina. However, in myopia they start converging much ahead of the retina, as a result of which the person has blurred vision of distant objects but a clear vision of near objects.

Myopia may develop gradually with time, often worsening during childhood and adolescence. It is is the most common cause of impaired vision in people under age 40. Myopia treatment in Ayurveda has effectively stopped further degeneration and improved vision in thousands of patients of all ages.

If there is a persistent difficulty in clearly seeing things that far away mean that you can't perform a task as well as you wish, its time to get a myopia treatment and see an eye doctor. The doctor can determine the degree of your nearsightedness with the help of various procedures such as:

Symptoms of myopia may include:

Myopia can be corrected up to some extent at home, with the help of myopia natural cure and home remedies such as:

As myopia is not a major disorder, it can be prevented with the help of various changes in our daily lifestyle and some prevention tips such as: 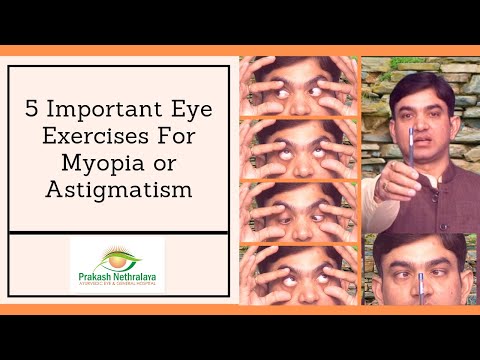