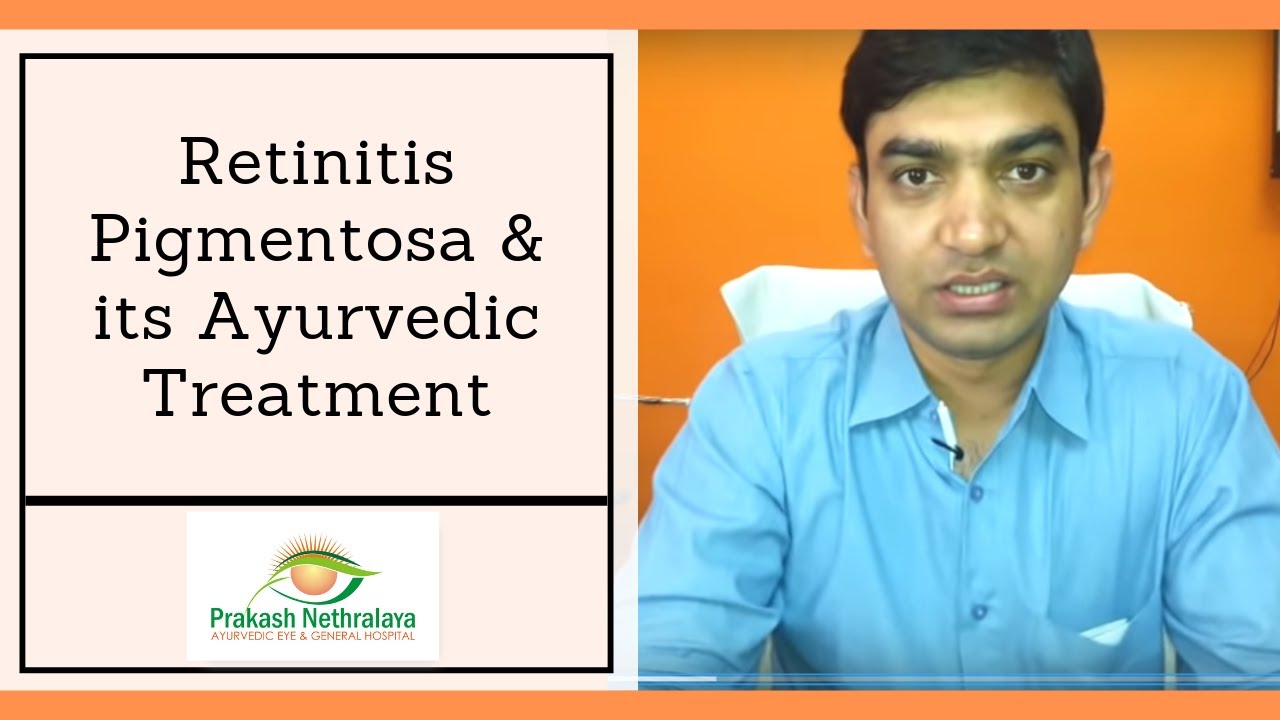 What is Retinitis Pigmentosa?

Retinitis Pigmentosa(RP) is a genetic disorder that is passed from generation to generation. Retinitis Pigmentosa causes progressive loss of vision initially in dim light by affecting the rod cells and later on in day vision also due to involvement of the cone cells. The patient gradually starts losing eyesight and if the condition continues unchecked it results in permanent blindness.

Retinitis Pigmentosa cure in Ayurveda focuses on slowing down the progress of this disease.

The severity of the disease and speed of vision loss varies from person to person, depending on its genetic type. It is one of the most common diseases caused by congenital abnormalities.

The parents' consanguineous marriage is a causative factor for many genetic diseases, including retinitis pigmentosa. The exact causes are not fully understood, and there can be many possibilities to cause congenital abnormalities.

What are the Symptoms of Retinitis Pigmentosa?

It is not possible to cure retinitis pigmentosa permanently with the help of any treatment. Since it is a progressive disease, treatments are done to prevent further degeneration of vision. The Retinitis Pigmentosa ayurvedic eye treatment works on the same line.

According to Ayurveda, the initial Dosha imbalance starts with Kapha. Later on, all three doshas get vitiated. The Pitta vitiation reduces the vision, and imbalanced Kapha blocks the channels, and the imbalance of Vata disturbs the neurological control. Here, the doshas' disturbance is genetic and not because of the disturbing food and lifestyle habits.

But this disturbance of the dosha vitiation increases if a disturbed lifestyle supports it. Hence the lifestyle and food habits have to be in a state of complete balance not to accelerate the disease.

Retinitis Pigmentosa Treatment in Ayurveda works at two stages. The first stage involves the purificatory therapies that include Virechan, Nasya, Snehpana, Shirodhara, Netradhara, and Tharpana. The second stage consists of rejuvenating Rasayana medicines to maintain the strength of the retina and optic nerves.

The patient needs to undergo both phases of treatment repeatedly at regular intervals. The patient requires a twenty-one-day Panchakarma session once in 6 months or once a year, depending on the patient's condition. It is a widely accepted Retinitis Pigmentosa treatment in India.

A healthy and balanced lifestyle and Yoga help support the treatment and prevent the speed of degeneration.

Our Approach To Retinitis Pigmentosa Treatment

At Prakash Nethralaya and Panchakarma Kendra, an Ayurvedic eye specialist does a comprehensive examination of the patient's eyes, including vision tests, eye pressure, field vision, and an in-depth evaluation of the patient's symptoms. Then, the doctor plans for Panchakarma therapies. The admitted treatment is for 21 days period initially. The treatment consists of various detoxifying therapies, diet, lifestyle changes, and Yoga sessions. Patients with RP require using the medicines for longer durations of time. The patient requires repetitive Panchakarma sessions after every six months or a year, depending on the severity of the symptoms. A detailed discussion with an Ayurvedic eye specialist can give you clarity about Ayurvedic treatment for Retinitis Pigmentosa (RP). You can book an online video consultation to know more about your disease and its treatment line.

Thousands have experienced relief after treatment at Prakash Nethralaya

Get long-term relief from your problems. 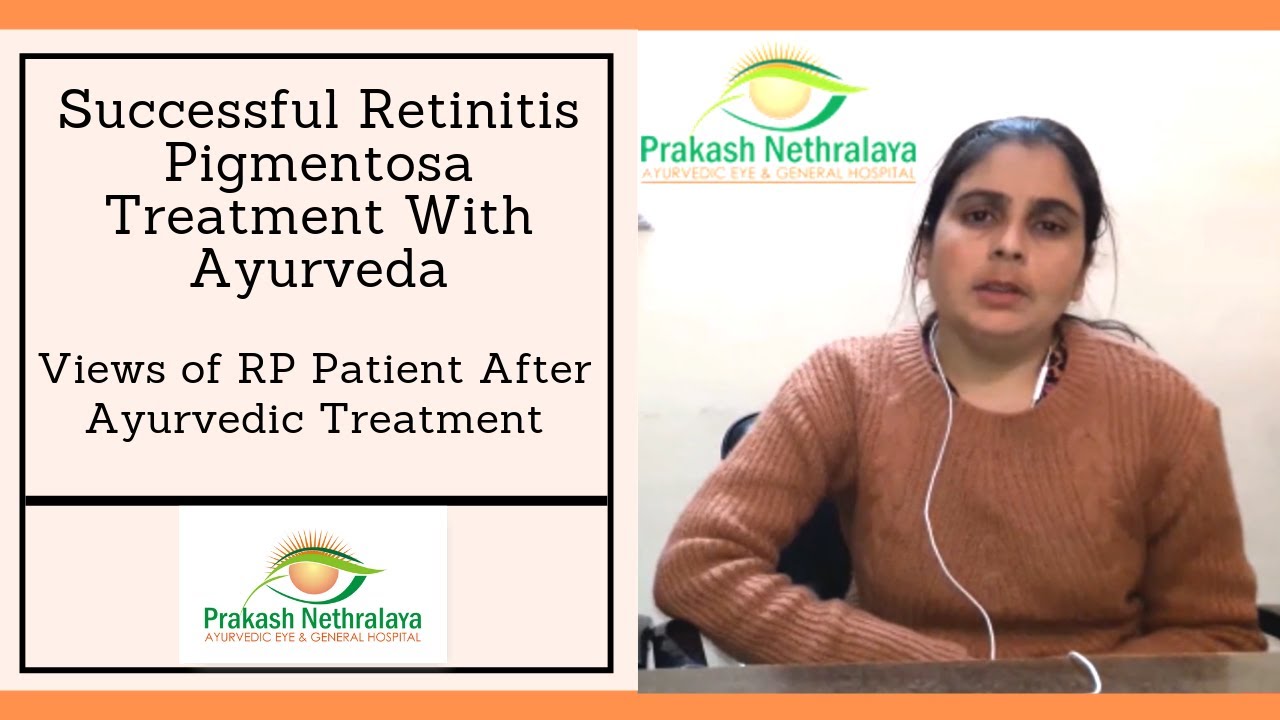 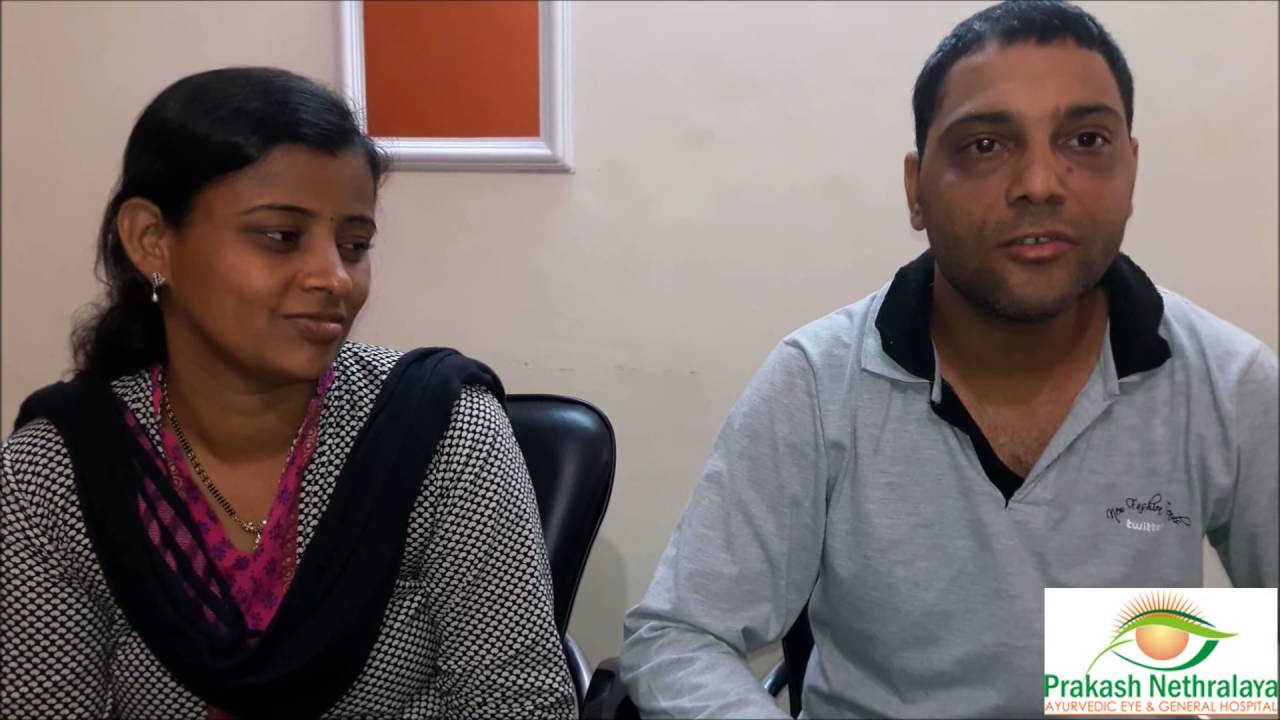 Retinitis pigmentosa is a permanent disorder that worsens with time, some people finally go blind. All treatments including Ayurvedic treatment only slow down its progress.

There is no natural cure for retinitis pigmentosa. It only turns from bad to worse with time. Specific treatments and diet restrictions can help in controlling its progress.

Ayurvedic treatment of retinitis pigmentosa focuses on arresting the degeneration of vision. It preserves the visual power by slowing down the progress of disease. The total time needed to complete Ayurvedic therapies is 16-20 days. Then the treatments are repeated and medications are administered regularly at home.

If one has inherited the disease, there is really nothing much that can be done about it. However, regular exercises and diet restrictions can help in slowing down degeneration and arresting its progress.