If You are Looking for Uveitis Treatment in India, then Click Here.

Uveitis is related to the inflammation of the uvea. Uvea is the middle layer of the eye. The uvea contains the ciliary body, iris, and choroid. The basic function of the choroid is to provide the blood flow to the internal layers of the retina. The choroid is found in between the sclera, which is the white part of the eye and retina. Anterior Uveitis or iritis is considered as the most common type of Uveitis.

The effect of this disease can be very dangerous as it can also lead to permanent vision loss. So, if you want to keep yourself away from the bad effect of Uveitis then it is good to go for a regular eye checkup. 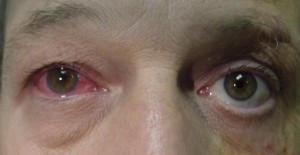 Some of the most common symptoms of Uveitis which are visible in the ailment are as follows :

There is no obvious reason behind the occurrence of this ailment. It is a condition that is associated with a wide spectrum of syndromes and disease. It is mainly of three types, i.e. Anterior Uveitis, Intermediate Uveitis, and Posterior Uveitis.

In some cases the specific cause of Uveitis is clearly visible, where are some cases it is connected with,

They are considered among the major reasons behind the occurrence of this ailment. So, if you are looking for the Uveitis treatment in India then the best way to go with Prakash Nethralaya and Panchkarma Kendra. Here you will get the proper care which will help you to treat the disease in a very short period of time.